Joburg was Africa’s most popular city in 2016

Johannesburg has been named Africa’s most popular destination city for the fourth consecutive year, according to the Mastercard Global Destinations Cities Index.

The Index, which ranks 132 of the most visited cities around the world, includes 13 African cities including Johannesburg, Cairo, Cape Town, Casablanca, Durban, Nairobi, Kampala, and Lagos.

According to Mastercard, Johannesburg is expected to welcome 3.6 million international overnight visitors this year – a 6.2% increase on last year’s 3.39 million visitors.

“London is Johannesburg’s most important feeder city, with 373 000 visitors travelling from London in 2016. “

Overall, Johannesburg remains highly dependent on visitors from within the Sub-Saharan African region, with only 18% of its international visitors coming from outside of the region.

Johannesburg also comes out tops in Africa in terms of international visitor expenditure, with travellers expected to spend $1.73 (R24.7bn) billion in 2016. Londoners are expected to spend the most ($285m), followed by visitors from Paris ($155 million), Harare ($106 million) and Frankfurt ($84 million).

Cape Town and Durban are ranked number three and eight in terms of expenditure in Africa, with international visitors expected to spend $1bn and $288m respectively.

For the first time, the 2016 Index explores whether visitors travel for business or leisure and provides insights into how international visitors spend their time and money. It reveals that more than three-quarters (75.6%) of total visitors to Johannesburg are travelling for leisure, while just less than a quarter (24.4%) are travelling on business.

Shopping is one of South Africa’s key attractions for international tourists, accounting for nearly 44% of the money visitors spend in Johannesburg and Cape Town. According to Mastercard, this is a higher proportion than any other African city and is on a par with major world shopping destinations such as London (46.7%) and Tokyo (43.1%).

9 things you didn’t know about Fancourt

This Highveld farmhouse has a Japanese Koi pond, a martini seat and more 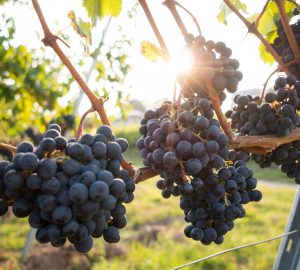 Championing the environment, one harvest at a time