Being near water makes us happier 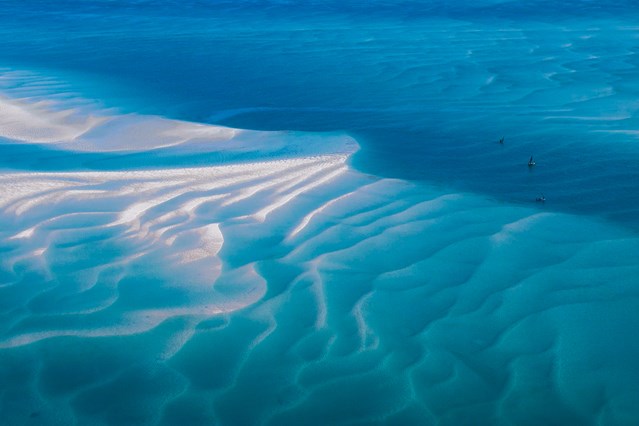 Much has been written about the physiological and psychological benefits of being near bodies of water. When we travel, we seek coastal destinations, rivers and lakes. We take photos of sunsets over water, serene seas, drinks by the pool and yachts in the bay. According to Condé Nast Traveller, people desire to return to the ‘blue spaces’ they grew up around. Long hours spent in the water during childhood are at the core of this nostalgia. Water evokes feelings of joy, of rhythmic serenity, of high tide and low tide activities. Month after month, water graces the covers of magazines mirroring our aspirations. Since the beginning of time mothers have told their children to turn to ‘sea air’ as a cure for almost anything. Studies have consistently shown that those living near water are ‘happier and healthier’. And this is reflecting in real estate.

Real estate data suggests a water view tacks a 116.1 percent premium on a property; and real-world figures suggest we’re willing to pay 10 to 20 percent more for the same room with a sea view in a hotel | CNtraveler

What exactly are we paying for when we purchase property near water? It’s a hard one to answer definitively. It’s often based on a feeling people get and difficult to put into words. Restore, relax, rejuvenate – just some of the words we use to describe being near water. However, this is not the only thing driving water appeal. The trends show that waterfront properties (specifically in the major cities) are often surrounded by top eateries, hybrid entertainment spaces and amenities, making them that much more desirable to corporate investors.

The Know dives into the coastal premium data landscape, globally and locally.

America: In Miami, apartments offering water views often sell for twice as much as similar ones with city views. A recent report found that local buyers must generally pay a 38% to 101% premium for a view of the ocean out of their front window.

Britain: Many of the UK’s largest estate agencies are creating specialist water-focused divisions to deal with the rise in demand. A Waterside Survey conducted in 2017 found that 61% of UK buyers wanted to live near the water in the future and are willing to pay an average premium of 13.5% for resale waterfront flats within 100m of the water.

What is the South African coastal market doing?

In South Africa, thousands of people head out to the coasts annually for various activities at the beach and surrounding areas. Living in a country half-surrounded by oceans, owning a home around the coast should be quite easily achievable. Unfortunately, what makes the coastal areas appealing is also what makes them incredibly expensive.

The typical premium is around 40% with values north of this figure more common. In the higher value segments, the premium is much bigger for sectional schemes compared to freeholds, and the opposite is true in the lower value segments. For some suburbs like Clifton, Bantry Bay and Bakoven all in the luxury segment under the City of Cape Town municipality, the median house price ranges between R16m and R27m, implying a waterfront premium of over 500%.

Whether it’s well-being or sound investment allure driving your desire to being near the big blue, Pam Golding can help you navigate the waters of coastal property, lakeside residences, lagoon boasting lifestyle estates, and help you find happiness and home.

Dreaming of Africa? Now you can own a quintessential piece of it