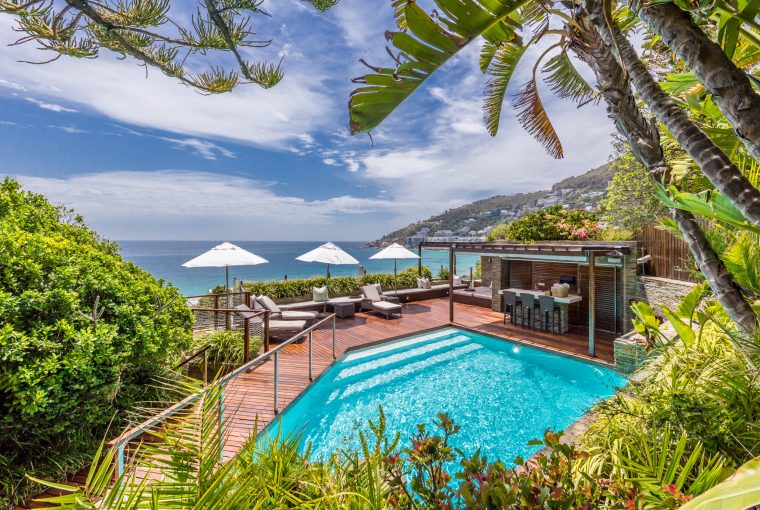 “We are seeing keen interest from buyers looking for trophy properties in the upper end of this market,” says Basil Moraitis, Pam Golding Properties area manager for the Atlantic Seaboard. “The top end of the market continues to perform exceptionally well.”

Annette Hepburn, Pam Golding Properties area specialist and Clifton resident has been selling property in the area for 18 years.

“The market is definitely not showing signs of slowing down, and the majority of our top-end buyers are both local and from Gauteng,” she says. “There is still significant buyer confidence and many of our buyers are repeat sales.”

With greater stability in the political environment, buyers are feeling more optimistic about the economic outlook for 2018, says Moraitis. “This has certainly eased some of the buyer hesitancy that was evident towards the end of last year. The Atlantic Seaboard is a perennial hotspot for investors, having generated significant capital growth and rental income growth over the years.”

Other notable activity during this period includes three Camps Bay homes that sold for R21.9 million, R14.7 million and R18 million respectively. The first property – a four-bedroom home – sold within four days of being listed.

Other sales during December included a Waterfront apartment for R14.5 million and an apartment in No 2 Silo for R8.5 million. In Mouille Point, an apartment in Villa Marina sold for R9.9 million. The top-end of this market is also performing well, and there is a demand for luxury apartments in secure complexes such as East West on Beach Road, where a three-bedroom unit has been listed by Pam Golding Properties for R54 million.

“Buyers are looking for the live-work-play lifestyle that this inclusive development will offer.”

Located in prime position at the entrance to the Waterfront and the city centre, the 5.8-hectare mixed-use development will provide the largest selection of residential apartments in the CBD, as well as landscaped public spaces, shops, restaurants, international hotels, health clubs and office space.

The Atlantic Seaboard’s rental market has also been robust, with a one-bedroom apartment in the Silo leased for R22 000 a month. James Warne of Pam Golding Properties Sea Point Letting, says two-bedroom apartments here are being rented for between R30 000 and R40 000. “We are busier than expected for the start of the year,” says Warne. Correct pricing is instrumental in moving rental stock, he adds.