In just two years a total of 350 vacant plots, plot and plan units and office suites, with a total sales value of close to R1.14 billion, have been snapped up in the sought after Val de Vie Estate in the picturesque Paarl–Franschhoek Valley in the heart of the Cape Winelands.

The recent sale of a 2 500sqm vacant plot situated on the polo fields for R9 million by Pam Golding Properties, represents R3 600 per square metre – a record price for the estate.

The estate, recently rated the top residential estate in South Africa for 2016 by New World Wealth, recently acquired Pearl Valley. According to Dr Andrew Golding, CE of the Pam Golding Property group: “The combination of these two major developments into one ‘super estate’ further adds to the appeal for buyers, as residents in Val de Vie will have access to all the facilities in Pearl Valley, including the Jack Nicklaus golf course and clubhouse, directly via golf cart.”

Val de Vie regularly hosts major polo events such as the Veuve Cliquot Masters Polo Cape Town, presented by Mantis Collection, and the sixth Sentebale Royal Salute Polo Cup, which saw Prince Harry’s Sentebale team pitted against the Royal Salute team. The event is the largest one-day charity polo event in the world and this was the first time it was held on African soil.

A recent development in Val de Vie is the exclusive new office development, allowing some residents to eliminate their daily commute or an attractive investment opportunity, given the demand for office accommodation in this prime location. The eight Boogertman & Partners designed office suites, each priced at R12.54 million, have all been sold.

“New developments on the estate include the Polo Pads, designed by award-winning architect Stefan Antoni.”

New developments on the estate include the Polo Pads, designed by award-winning architect Stefan Antoni. All 60 units, priced from R1.8 million, quickly sold. All thirteen Gentleman’s Estates, where plots fetched prices ranging from R10 million to R12 million also sold out, as did all four River Reserves plots, in a similar price band.

For potential buyers, developers will soon launch 72 plot and plan units, priced from R3.7 million, at The Vines@ Le Domaine while a new tranche of erven has been released in La Vue. Both developments are located near the iconic Polo Pavilion and new sports centre, The Yard.

Sustainable sells – does your fireplace have a window? 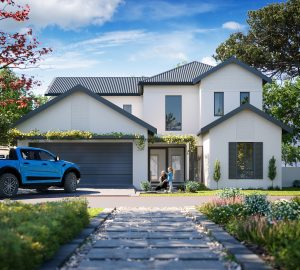 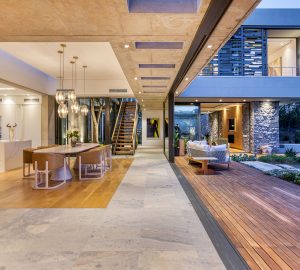 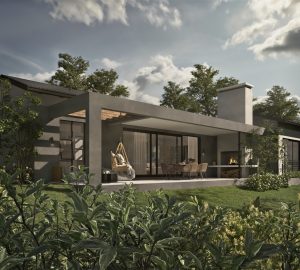