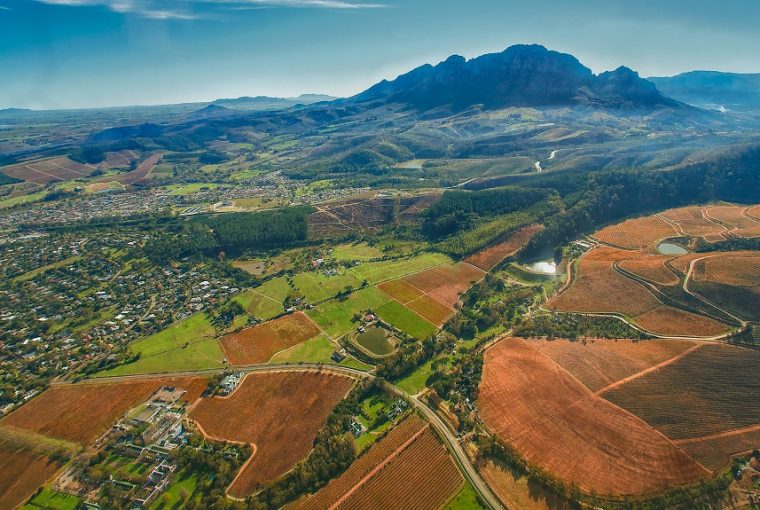 On any given morning, especially during the academic year, it’s near impossible to find a parking space in Stellenbosch. The closer one gets to campus, the more improbable the likelihood – a testimony to the sheer volume of students studying and living in this historic town. But as much as this can be somewhat of an inconvenience, this ever-increasing student population is also one of the major driving forces of Stellenbosch’s thriving local economy, and a catalyst for this town’s continued growth, says Louise Varga, Pam Golding Properties area manager for the area.

It also has a knock-on effect for the property market, as Stellenbosch University is unable to house all of its students in official residences. The ongoing need for student accommodation has seen developments burgeoning around Stellenbosch. Education has long been a dominant factor in this town’s expansion. When the university was formally established in 1918, there were 558 registered students. By 1925, this number has almost doubled to 960 and there was already a demand for student accommodation. Now, just over a century later, there are more than 30 000 students and at least 3 000 staff members spread across five campuses. More students mean less space for cars, and in the 1960s already the university banned first years from bringing their vehicles onto campus.

While much of student life, especially during the under-graduate years, used to take place in and around the official residence, this is no longer always the case. Many students are opting to live privately, and developers have responded to the needs of modern students by creating contemporary living spaces that include communal areas and amenities to simulate the social interaction they would have enjoyed in a formal residence.

Given that the demand for accommodation has been a prevailing need in Stellenbosch for more than a century, it would be safe to say that property that caters for this captive market is a perennial investment opportunity.

“A steady rental income from student tenants, in a town such as Stellenbosch, is almost certainly guaranteed,” says Louise Varga.

She adds that the student accommodation property market is “defensive”, meaning that it will remain steady even if the economy is under pressure.

Stellenbosch is also establishing itself as an innovation hub, attracting investors and blue-chip corporate companies. The picturesque town has the most JSE-listed corporations of any other “secondary municipality” outside of a metropolitan area in the country, and is also one of the fastest growing areas for high-net worth individuals with these numbers rising by over 20% over the past 10 years. In terms of its digital footprint, Stellenbosch and Cape Town employ 40 000 people in the tech sector. One of Stellenbosch’s landmark buildings, the Old Victoria Clinic, is next year being refurbished to serve as an entrepreneurial base for local businesses.

“The construction of Capitec Bank’s new head office in Techno Park is just one of the many projects underway or in the pipeline that underlines investor confidence in the area. Many developments are being launched in Stellenbosch, as corporates and residents see the value of living and doing business in the Winelands,” says Varga.

Stellenbosch’s economic growth, at an annual average of 1.7% between 2013 and 2017, has had a positive knock-on effect on the housing market, adds Varga. Property values have increased across all price bands, with an annual compound growth of 10%, according to the municipality’s 2018 Spatial Development Framework. Andringa Walk, one of the town’s most sought-after sectional title developments because of its prime location above Eikestad Mall, and quality finishes, has recorded a price increase of 14% each year since it was launched a few years ago. “This block appeals to buyers wanting to let an apartment for seasonal accommodation, to professionals working in the area and of course with students who want to live close to campus,” says Vanessa Johnson, Pam Golding Properties agent for Stellenbosch.

Universities by their design encourage investment and start-ups, and a 2018 study by the Bureau of Economic Research found that Stellenbosch University contributes more than R5 billion to the local economy. This is set to increase over the next few years as there are plans to create a new innovation hub on 30 hectares of land donated by the Stellenbosch Wine and Country Estate. This “Smart City” will be located in Klapmuts, an area identified by the municipality as a key growth node for further development. A new Biomedical Research Unit, with an investment of R1 billion, is due for completition in 2022.

Stellenbosch University has also announced that its Business School (USB) will return to Stellenbosch, to be developed on the Oude Libertas site. The USB is currently located on the Bellville campus. The new site will also accommodate the Institute for Futures Research, and will form part of the planned redevelopment of the Adam Tas Corridor, identified as a key growth area. The relocation of Distell to Klapmuts will free up significant opportunities for further development, notes Varga. “An investment in this area now will yield considerable returns in the next few years, as this new high-density district starts to take shape,” she says. According to the municipality’s spatial development plan, this new precinct will be five times the extent of the V&A Waterfront, and just as significant for the future of Stellenbosch as its counterpart has proved to be for Cape Town. Several residential developments, many catering for the captive student market, are underway or in the pipeline.

Situated on Banghoek Road, Beau Vie is not only well-placed on Stellenbosch University’s Green Route, which affords additional security for students in the area, but it is directly opposite the Engineering faculty. And, as if being able to live on campus was not enough of a drawcard, this chic development with only 18 apartments, offers exclusive living for the discerning student.

Parking is a scarce commodity in Stellenbosch and accommodation that is, quite literally, on the doorstep of one of the university’s largest faculties, is an added bonus for potential buyers, says Vanessa Johnson, Pam Golding Properties agent for Stellenbosch. Few of the new residential developments in the town offer one bedroom apartments, but Beau Vie has 16, selling for from R2.37 million, including vat. The remaining two bachelor units are R1.995 million, including vat.

“Bosmans Club will appeal particularly to young professionals and post-graduate students who want to experience the vibe of Stellenbosch – the wine farms, restaurants and markets – without living in the centre of the town,” says Louise Varga, Pam Golding Properties area manager for Stellenbosch. “The opportunity to buy off-plan also makes this an attractive investment option. Accommodation is always in demand in this historical town, so these apartments will also provide an excellent opportunity for rental income. Now is the time to invest in this emerging creative hub that will, we foresee, be one of the most desirable mixed-use areas in Stellenbosch.”

Designed by VertiKal Developments, Bosmans Club will comprise 46 units resplendent in a fusion of wood, steel, glass and brick. Starting at R1.4 million including Vat, the development is ideal for first-time buyers or investors looking for property in a vibrant area earmarked for long-term expansion and development.

One of the new student developments in Stellenbosch that presents an appealing investment opportunity is The Niche, a 51-unit development with bachelor, one, two and three bedroom units from R1.5 million including VAT.

Contemporary in design, The Niche offers premium apartments with quality finishes and fittings, ideal for a student’s needs. Perimeter CCTV and an electric fence provide comprehensive security, and there is off-street parking with remote control access.

Maryke Geldenhuys, Pam Golding Properties agent for Stellenbosch, says that Dennesig, where The Niche is located, is emerging as the new de facto student hub. “The Niche offers an opportunity to invest in an area that looks set to be a hub for students within the next five years.”

Adds Varga: “Off-plan developments such as The Niche offer a considerable return on investment, as the buyer benefits from capital growth even before the project is completed. From R34 600/m2 for a three-bedroom unit, The Niche is the most value-for-money off-plan development on offer in Stellenbosch. Construction is expected to start in January 2020.

This student development located in Stellenbosch Central, is well-designed with the needs of a student top of mind. Da Vinci offers a unique product that combines convenience and sophistication in a well-appointment upmarket development, within walking distance of campus. The new building is not only aesthetically appealing, but its forward-thinking green features ensure that it has an ecologically sensitive footprint. The block is fully leased until December 2020, barring one unit, providing a case in point for the substantial interest in student accommodation in Stellenbosch.

For more about property in Stellenbosch, contact Pam Golding Properties

Bishopscourt home with a view