Pam Golding Properties ready to comply with protocols from 1 June

A home to seal the deal 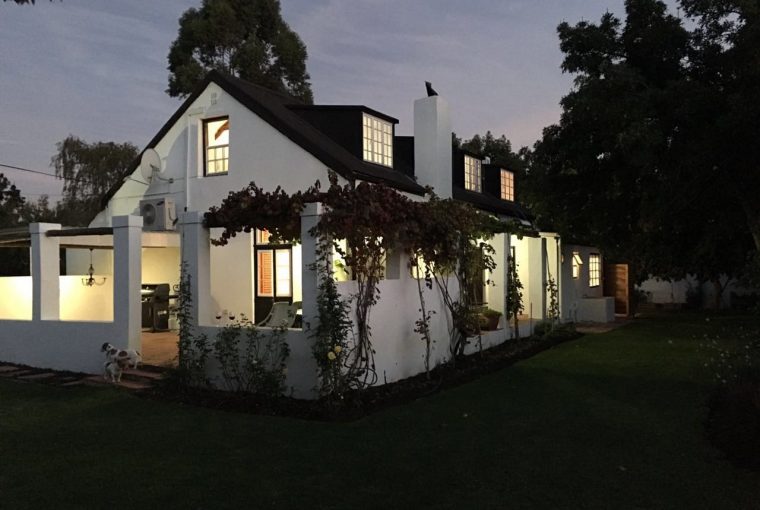 The charm and serenity of country living will forever be in style – and with the internet bridging much of the space between home and work in more recent times, the appeal to exit the rat race, remains a steady option for people from all walks of life. If the slow life where Saturday morning farmers’ markets, historic cottages and an abundance of fresh air are something you find yourself dreaming about, The Know could have found a home to seal the deal.

A rare opportunity to embrace country living and to own part of the quaint village of Greyton has become available as one of its most historical homes comes to market. Built by the town’s founder, Herbert Vigne, the property is one of the typical gems reminiscent of a bygone era being sought by discerning investors in the picturesque Overberg.

With its classic black and white tiled verandah and wraparound garden characteristic of the late 1800’s, when Greyton was established as an agricultural village, the three-bedroom cottage is located close to the street in the style that is typical of this area. Surrounded by beautiful greenery that includes a rose garden in the front, the plastered walls and wood windows are also characteristic of this timeless period. And while the cottage built by Vigne has been completely renovated, the symmetrical fenestration on either side of the central door dates back to before 1938.

The Greyton Conservation Society explains that Vigne kept two small portions of his farm for himself and bequeathed the remainder of the land to the proprietors of the erven as commonage. He named the area “Greyton”, after Sir George Grey who was then Governor of the Cape. The erven were long and narrow and the cottages, built in the rural Cape Vernacular style, were built close to the street to ensure that ample horticultural land remained available. Popular produce at the time included a variety of vegetables and fruit such as pomegranate, apricots and pears. A visit to Greyton’s Saturday market today yields much of the same.

Delicious produce aside, the Saturday market certainly demonstrates Greyton’s eclectic community of writers, artists, musicians and foodies in full colour, where a convivial vibe provides the perfect opportunity for a relaxed catch up between neighbours. The town is also a popular weekend getaway for families who enjoy exploring the countryside by horseback or mountain bike, while unique attractions such as Searie’s Trading Post, the Von Geusau Chocolate Factory, Potters craft beer brewery and quirky shops add to the overall charm.

While Vigne’s reason for establishing the agricultural village remains unclear, the pastoral beauty of this charming village remains largely intact 150 years later. Untainted by unconsidered development, the layout of the original village that was founded by Vigne in 1854 when he subdivided his farm Weltevreden, has remained relatively unchanged with only a few additions over the decades.

Property prices in Greyton have shown considerable appreciation in the past five years, with homes selling for an average of R2.5 million between April 2017 and March 2018.

“Just a 90-minute drive from Cape Town, Greyton is the ideal work-from-home environment, and many residents do in fact have businesses in Cape Town and other parts of the country,” says Douglas Legg, Pam Golding Properties agent for the area.

According to Christoff Coetzer, Pam Golding Properties Greyton agent, the home, which occupies a corner plot with stunning views from the town’s most historic street, is currently being marketed for R3.65 million. 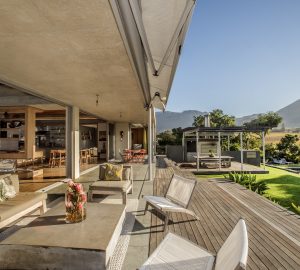 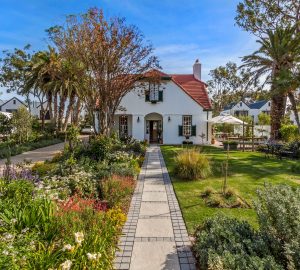 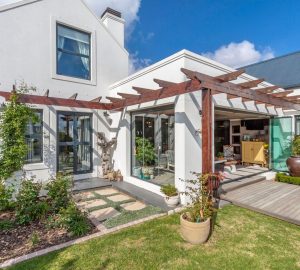