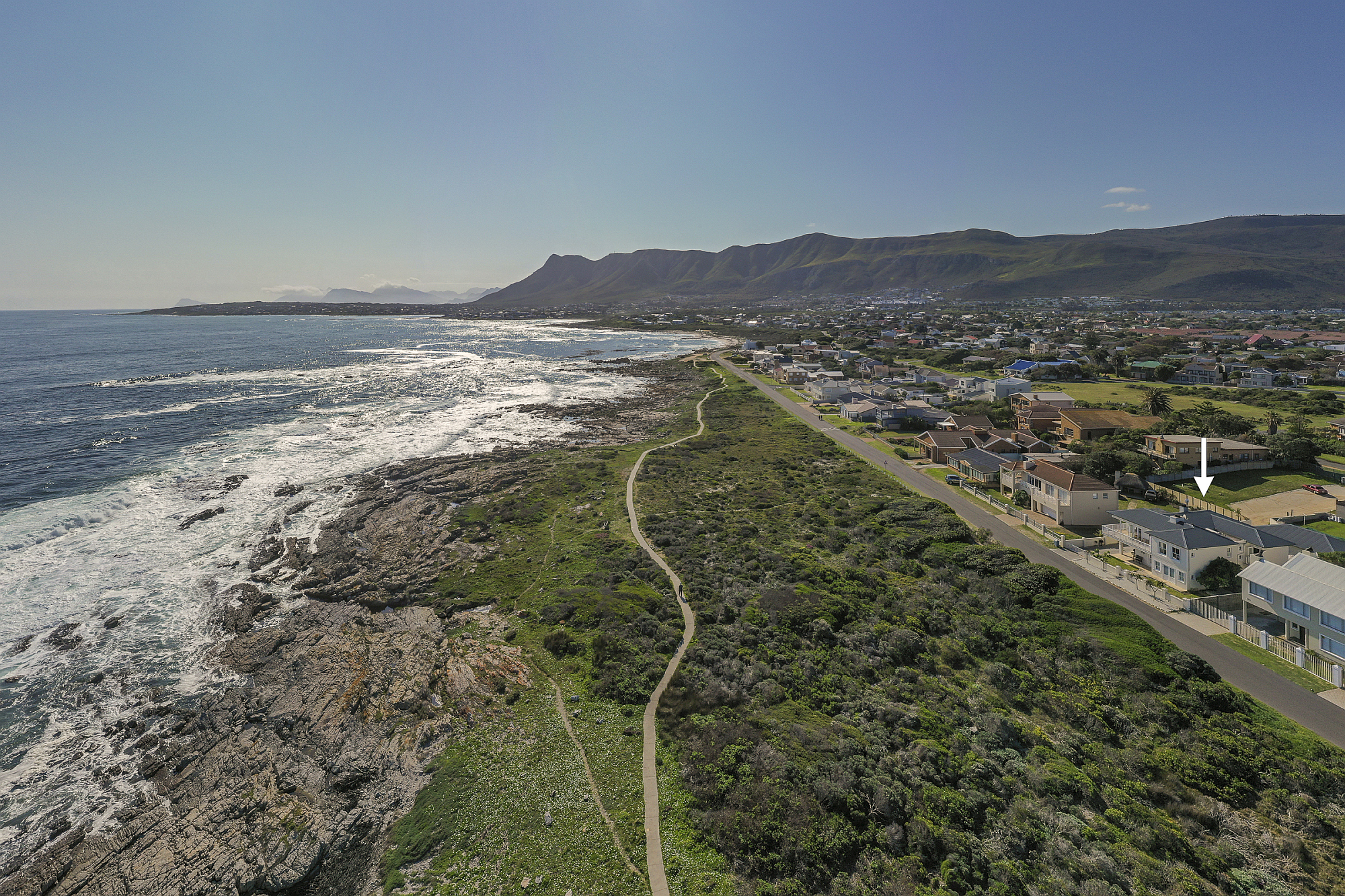 This home and adjacent plot in Sandbaai was sold for R6.4 million to a Chinese buyer through Pam Golding Properties.

Villages such as Rooi Els, Pringle Bay, Bettys Bay, Kleinmond, Malmesbury, Hermanus, Onrus and Gansbaai, which offer easy access to Cape Town, are attracting home buyers not only from the Mother City and Western Cape, but also from Gauteng and KwaZulu-Natal. 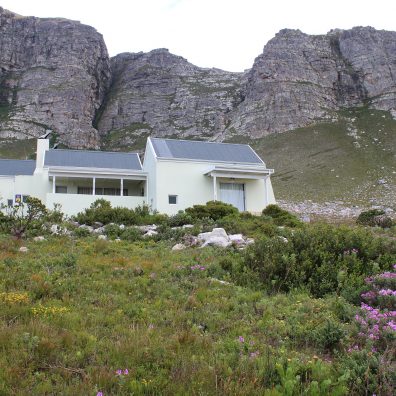 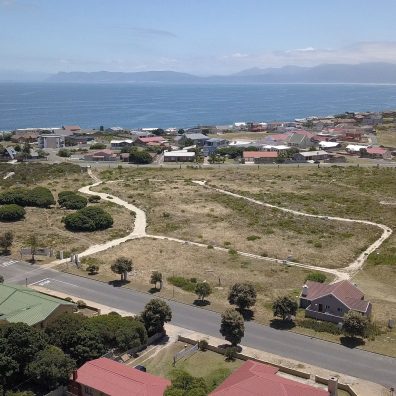 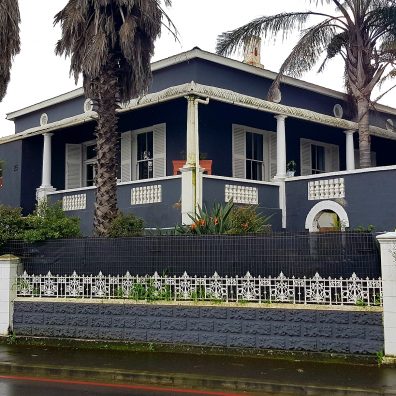 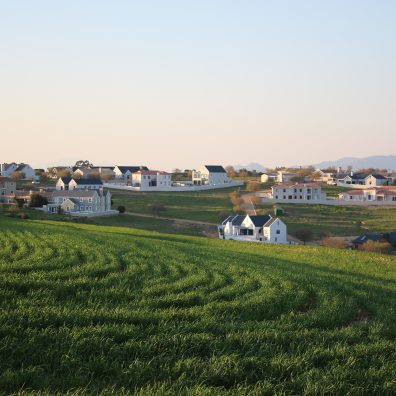 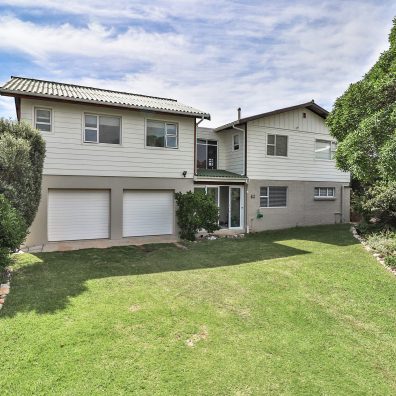 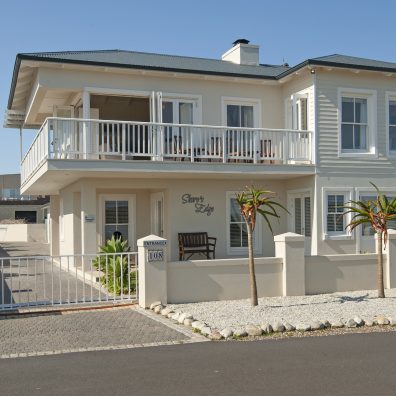 Says Annien Borg, MD for Pam Golding Properties in the Boland and Overberg regions: “Towns such as Hermanus and Onrus offer all the necessary amenities for buyers of all ages to live here permanently, such as good schools, medical facilities, shopping centres and enough attractions to please the outdoor enthusiast and those who enjoy a culinary experience. Plus, there’s a wide range of properties to suit anyone’s needs from apartments and freestanding homes to security and golf estates, such as Fernkloof and Hemel-en-Aarde Estate in Hermanus with its clubhouse, swimming pool and 7km walking/running trail. There’s also a variety of clubs from star gazing to stamp collecting, making one feel part of an active community with diverse interests. And due to the growing commercial investment in these areas over the past few years, with more people relocating here, a number of infrastructure investments and upgrades of roads have taken place.”

“Since the lockdown began, buyers have seen the value offered in ‘zoom’ towns, and are snapping up seafront properties,” says Nicola Lloyd, area manager for Rooi Els, Pringle Bay, Bettys Bay and Kleinmond. “Many of our buyers have always wanted to live here but only been able to consider it as a retirement dream so make do with weekends and holidays. Now, however, they see these towns as permanent residential locations as they are able to work remotely, with Cape Town International between 75km and 90km via the spectacularly-scenic, world-renowned, R44 Whale Coast route – Clarence Drive.

“As a result, we find more younger buyers, mainly families relocating here as access to schools is easier, as well as retirees. Generally, the major demand is for homes priced between R2 million and R3 million.”

Kleinmond has all the amenities of a larger town, including a golf course and schools; Pringle Bay has a vibrant village centre plus an array of restaurants, coffee shops and a primary school; while Rooi Els and Bettys Bay also offer eateries and shops.

Lloyd says in these towns, which are located in a UNESCO proclaimed World Heritage Site – the Kogelberg Biosphere, a modern three-bedroom home with garage will likely fetch between R2.5 million and R3 million. Depending on the location, homes vary from R1.5 million for older homes to R10 million for a beachfront villa, while vacant land starts from R250 000 to R2 million for mountainside stands and R3 million for a seafront erf.

Adds Lloyd: “Notable recent sales of seafront properties by Pam Golding Properties include a home in Pringle Bay which was acquired for R9.5 million, plus other homes which fetched R6.15 million in Rooi Els, R5.6 million in Kleinmond and R5.5 million in Bettys Bay respectively. Since 1 July we’ve sold residential property to a total value of over R100 million in these towns alone.”

Says Borg: “In the greater Hermanus area, in the small, scenic villages of Onrus, Vermont and Sandbaai, vacant land is priced between R600 000 and R3 million, apartments start at R1 million, while homes range from R2 million for a two-bedroom house to R16 million for a beachfront villa. In Hermanus itself, freehold vacant land starts from R1.2 million to approximately R3.5 million, however, we currently have for sale a vacant plot of about 7 000sqm on the seafront priced at R50 million. Apartments range from around R700 000 for two bedrooms up to R10 million for a three-bedroom apartment at the upmarket Birkenhead condominium complex. Houses are priced from R2.4 million for a three-bedroom, two-bathroom home to around R40 million for a seafront home.

“Sales have been brisk, particularly in the past several months, including the sale of a Sandbaai beachfront property with the adjacent 814sqm plot purchased for a total price of R6.4 million by a Chinese buyer. We’ve also had other enquiries from the UK and Dubai.”

Hermanus and Onrus offer excellent medical facilities including Hermanus Oncology Centre and a stepdown facility as well as a provincial and private hospital, and there are top restaurants, good private and public schools and various outdoor activities from golf to mountain biking, hiking, watersports, whale watching and some of the best wine estates in the Hemel-en-Aarde valley. A new sports centre is currently being built including tennis and squash courts, while farmers’ markets are an attraction in the area.

Situated on the West Coast only about 35 minutes to Cape Town via the N7 dual road and the same travel time to Brackenfell and Durbanville, Malmesbury is rapidly expanding, with major development underway including a new shopping mall being built in the town centre and a private hospital on the cards in the near future. Pam Golding Properties area principal Elize van der Merwe says homes are affordable and there’s a huge demand for residential property acquisitions.

“With fibre now installed in the town, young professionals able to work from home are buying in Olive Place security village on Klipfontein Farm, while we also see an older generation still working in Cape Town buying here in preparation for retirement. Future plans for the Klipfontein Farm lifestyle development include mountain bike trails, outdoor gyms, bird hides, children’s pump tracks and a country clubhouse with a restaurant. We are already busy with resales in Olive Place at prices ranging from R1.5 million to R1.6 million for a two-bedroom townhouse, as phase one is nearly sold out, while some homes are still available to purchase in phase two, priced from R1.05 million for a two-bedroom unit without garage up to R1.9 million for three-bedroom, luxury units with upmarket finishes and garage. Further opportunities will be released over a period in phases.”

Hercules Weyers, Pam Golding Properties area principal for Swartland Junction and Mount Royal Golf & Country Estate in Malmesbury, which is in the heart of the Swartland Winelands and Olive Route, says the lockdown has dramatically influenced the buying pattern of home owners, who quickly realised the shortcomings in their family homes and apartments when the entire family was having to spend their time together, day and night. More space and private space when working and a safe, relaxing/recreation environment without being on top of each other became a necessity and buyers began looking outside the busy metros.

Says Weyers: “At Mount Royal Estate, being the most centrally located residential estate in the entire Swartland region, we soon started receiving a high amount of ongoing interest from buyers wanting to relocate from Gauteng, Strand, Somerset West and Durbanville. With over half our buyers being between the age of 34 and 54, about 90% are purchasing for primary residential purposes and the majority commute when required between the Cape Metropole and Mount Royal. We also have a small percentage of foreign buyers, mostly from Germany and the UK.”

Mount Royal Estate offers gracious country living in a secure environment, with vacant plots of approximately 720sqm selling for between R550 000 and R1 million, while completed three to five- bedroom homes are selling between R2.5 million and R4.5 million . Although still under development, the secure estate includes a beautiful golf course and natural greenbelts with hiking and mountain bike trails in a proclaimed Renosterveld reserve of over 17ha. Phase 1 is progressing fast and of the 303 plots, 120 houses are built or very near completion.

Adds Weyers: “Situated right on the newly completed N7, which is now a dual carriage way between Cape Town and Malmesbury, the major 600ha mixed-use development, Swartland Junction, only 35 minutes from Cape Town, creates a fantastic investment opportunity for anyone wanting to establish their business, residence or home office in this area. Malmesbury has been identified as an urban growth point due to its central location and Swartland Junction, currently in rezoning phase, will attract more than R10 billion in infrastructure development in the next five years, including a regional shopping mall of 120 000sqm, a university campus, medical precinct – with a private hospital, motor city, light industrial development, major truck stop, residential development and smallholdings supported by a large renewable energy plant for sustainable energy supply. Business professionals, university lecturers and professors, medical doctors and a host of middle to upper income earners will turn to Mount Royal Estate for a secure country lifestyle at affordable pricing, and we are already experiencing an increase in enquiries.”

A new hospital is also on the cards for Gansbaai, a charming coastal village on Walker Bay, renowned for its Southern Right Whales in winter, just 170km from Cape Town en route to the southern tip of Africa. Formerly known as the Great White Shark capital of the world and recently rebranded as the ’Natural Adventure Destination’, Gansbaai is home to two of the top 10 adventure attractions in the Western Cape – Pearly Beach Horse Trails and Fat Bike Tours, both of which showcase the areas natural beauty and resources.

Says Le Roux van der Merwe, Pam Golding Properties area principal: “People from Gauteng, Cape Town and other coastal cities and towns are escaping the noise and traffic to semigrate to Gansbaai, with its relaxed, rural feel, multitude of natural springs, spectacular scenery and plenty of open space to enjoy – which also allows for future development. With a well-run, solvent municipality, the town has experienced robust growth in vacant plot sales in recent years, which suggest strong demand for new homes in the town from a broad cross-section of buyers. Fibre has been rolled out to most suburbs, there are doctors and dentists in town and a variety of restaurants. With construction of the new hospital due to break ground in July 2021, this will change the face of Gansbaai as at present, many people leave the area to be closer to proper medical care in the form of hospitals for chronic conditions. This will reverse the trend, which will ultimately result in higher prices for properties.”

A two-hour scenic drive from Cape Town, and only 50km from Hermanus – with the road from Gansbaai to Hermanus currently being upgraded to a super wide road that will smooth traffic flows, prices of residential property in Gansbaai start from R215 000 up to R3.2 million (seafront plots) for vacant land between 500sqm and 800sqm, while apartments are priced from R765 000 to R995 000 for 62sqm units, and freestanding houses range from 120sqm to 320sqm at prices starting from R1.35 million up to R8.4 million for seafront homes.

Numerous attractions in Gansbaai include the historic Klipgat Caves and Klipgat Trail, hiking trails along the mountains behind Flower Valley, Platbos Forest – the oldest remaining indigenous forest in the Western Cape, beach hikes, quad bike rides in the mountains, fishing on the shoreline or in one of the two Walker Bay Nature Reserves, and Lomond Wine Estate which, apart from wine tasting, also hosts triathlons, mountain bike trails, canoeing events and open water swims. De Kelders, with its high cliffs on the ocean, offers arguably the best land-based whale watching in the Western Cape, while shark cage diving is a popular tourist activity that attracts visitors from around the globe.